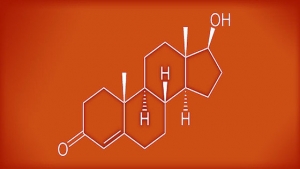 So what are the effects of testosterone?

Below you’ll find the 10 ways the big T impacts your health, wellness, and even your psychology and behavior.

The most common effect of T is sex drive. Testosterone is the key hormone in controlling libido in both men and women. Men produce nearly ten times as much testosterone as women, which is why men generally have a stronger sex drive than women.

That’s also why low libido and low levels T often go hand-in-hand. If you aren’t interested in having sex like you used to, low testosterone levels could be to blame. 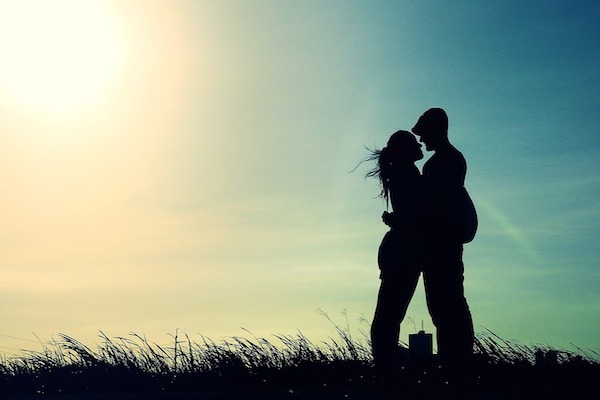 But having a strong sex drive and high T levels is actually a predictor of good health.

Our bodies are programmed to have sex. Our evolutionary biology tells us to have sex in order to procreate (to keep the human race alive). You’ve likely heard of the biological theory that men must “spread their seed.”

High levels of testosterone create that hormonal urge to “sow your wild seeds.”

So sex drive is an essential part of our biological processes.

But it’s not the most essential part. Your body first needs to survive in order for you to procreate. Thus, your body will take care of survival before focusing on sex.

Thus, if you don’t have a strong sex drive, it could be because your body is in a state of “survival mode.” Your body is focused on other, more essential processes before it can think about sex.

If you have a disease or illness, your body will shut down the baby-making process to first fend off the sickness. For example, think about the last time you had the flu. You likely had a lowered sex drive because your body was preoccupied with getting healthy.

So what does this all mean?

A low sex drive could be an indicator of low testosterone or another underlying health problem.

To raise your sex drive, you need to boost your testosterone. If you increase your T levels, you’ll feel more sexual and last longer in bed.

Keep in mind that “sex drive” is relative. Your low sex drive may be someone else’s high sex drive. If you feel you are less interested in sex than usual, you should get your levels checked.

Testosterone may actually make you more attractive to women (which can help quench that extensive sex drive).

This is partially because of the masculine-feminine dynamic. Estrogen gives women their feminine qualities, while testosterone causes more masculine qualities. An estrogenic woman is often attracted to a man with high T levels and vice versa. This makes for prime reproduction. In this case, opposites do attract. 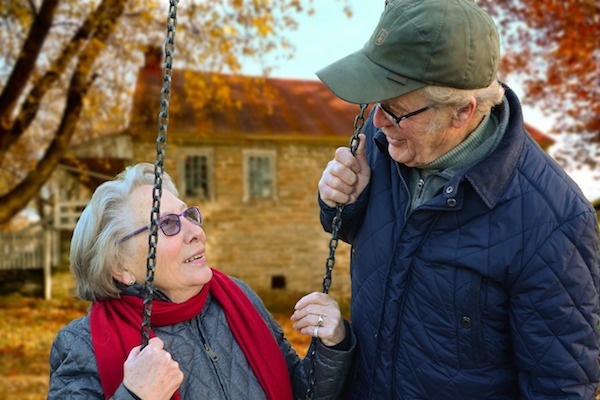 However, the reason for this attraction actually goes beyond the masculine-feminine relationship. Researchers at Wayne State University studied two groups of men competing for the attention of an attractive woman. They found that men with higher levels of testosterone were more likely to “win the girl.” This was because men with higher T levels were more assertive, controlled the conversation, had more confidence and demonstrated a stronger self-image.

Basically, it can give you the confidence and suaveness you need to talk to a woman in a bar. Low T leads to low confidence and less luck with the ladies. 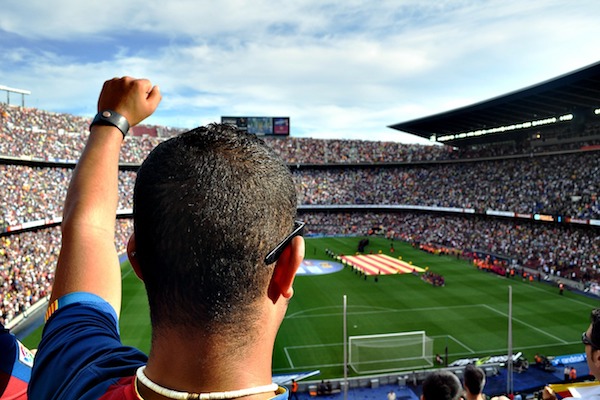 Studies show that testosterone levels rise when partaking in any sort of competition. This isn’t just a slight rise in T levels. Competition causes such a spike in testosterone that it can actually result in aggressive and antisocial behaviors.

Have you ever met a guy who gets too intense about boys’ night poker? He may just have higher levels of competition-related testosterone!

Testosterone levels also increase after winning and decrease after losing. That may be an explanation for the gloating winner and a sore loser.

A 2012 study looked at how T impacts competition and honesty. They found something surprising—testosterone actually makes you more honest, even when in a competitive atmosphere. 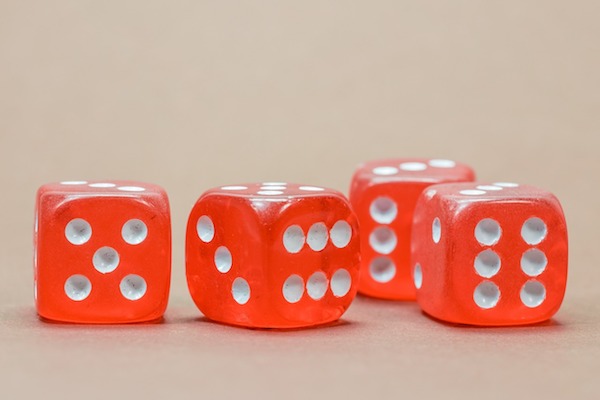 They gave 46 men a testosterone gel and 45 a placebo. All participants rolled a dice in private and reported their numbers. They were told they would receive money based on their roll, with a higher roll paying out more cash.

The researchers found that men who received a testosterone gel actually self-reported the numbers more honestly.

They attributed this honesty to self-image. Testosterone increases one’s personal sense of pride. Cheating or lying could damage that self-image. Participants with higher testosterone were less willing to risk damaging their pride or to appear as a liar or cheat.

In the previous study, men were more likely to value their pride over money. But the two may be linked.

In fact, this financial desire actually makes those with high testosterone levels more willing to take financial risks. One study found that men with higher levels had a greater willingness to invest more money and make riskier investment decisions. This might be a source of jealousy for those who have never quite managed to pluck up the courage to make their investment dreams come true, but there are plenty of resources available to help you trust in your own judgement, such as this Facebook page for Perpetual Assets which offers advice to those who lack confidence in investment.

6. Testosterone can make you more money 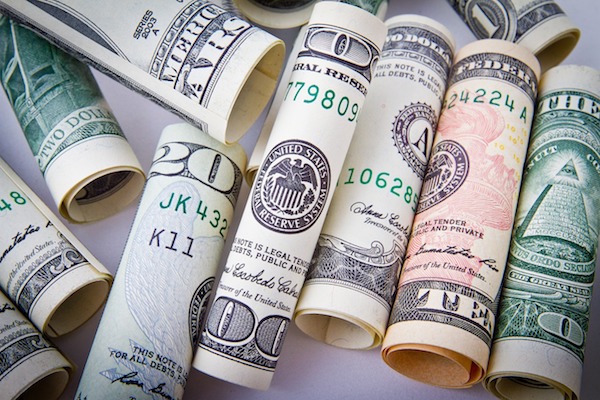 The reverse is true as well. Financial gain can actually increase your T levels.

One study looked at stock traders’ testosterone levels. Researchers found that the traders’ T levels increased on days where they made an above-average profit on their trades.

This implies that financial gain raises T levels. This may have something to do with a financial gain equating to a competitive win and a boost in self-image, as discussed above.

Interestingly, though, the reverse may be true as well. Higher testosterone may also make you more money.

The study also found that men with higher T levels in the morning had above average profits in the afternoon. They were more likely to make more money on days they had higher testosterone levels.

The reason for this isn’t completely clear. It’s likely because testosterone makes you more competitive and willing to take risks, both of which are important traits for stock traders.

Basically, testosterone is more likely to make you willing to “risk it all”—which can make you lose it all or win it all.

“No honey, I’m right because I have more testosterone than you.”

That’s not necessarily the best way to win an argument—but it’s how testosterone affects the brain. A study of 243 men found that higher levels lead to greater confidence in answers—even when incorrect.

The men were either given a testosterone gel or placebo and then they were instructed to do a cognitive reflection test. Researchers found that those men given testosterone answered 20% fewer questions correctly—but were more likely to be convinced they were right. These men also gave their incorrect answers quicker and their correct answers slower than the placebo group. 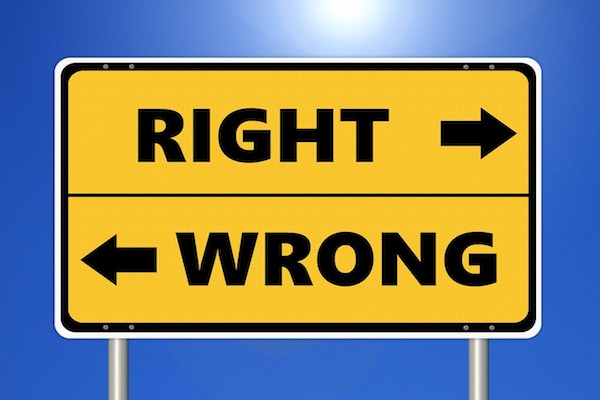 This implies that T has two effects. It slows down cognitive processing and increases confidence levels.

If you have high testosterone, you’re more likely to think you’re right. If you have low T, you may have greater uncertainty and anxiety with decision-making skills.

Women are generally more emotional and empathetic than men—and that may be because of their high levels of estrogen. Testosterone, on the other hand, may reduce emotional behaviors and processing.

Research at Utrecht University looked at how testosterone impacted the brain. They showed female participants a series of photographs of eyes, and they were asked to identify the emotion. Researchers found that women given testosterone took longer to identify emotions and made more mistakes than those not given the hormone.

In fact, they found that even just one dose of the hormone was enough to alter the connections between the “emotion processing” parts of the brain.

Elevated levels minimized the ability of the brain to process and relate to emotional cues.

No, it doesn’t actually make you immortal. But it may help you live longer. Strong T levels improve health to help avoid serious health concerns and early death. For example, testosterone can help you lose weight, which minimizes obesity, type 2 diabetes, and heart disease. Low testosterone, on the other hand, is linked to weight gain, loss of muscle mass, loss of bone density, heart disease, and even early death. 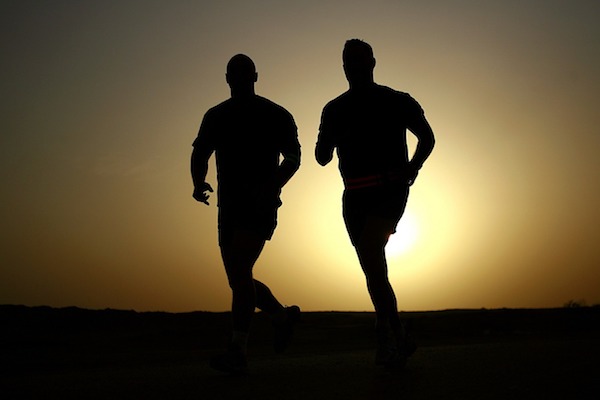 Testosterone is especially necessary to regulate insulin and glucose. Low T levels create an imbalance in glucose and insulin, which can lead to the accumulation of fat tissue. This fat increases estrogen and decreases testosterone, creating a negative cycle of low T and weight gain. Testosterone also plays an important role in combating metabolic syndrome.

Healthy levels of testosterone may:

Plus, testosterone boosts libido and sexual function. And more sex is linked to a longer lifespan! (This is likely because sex is a great form of physical exercise while helping to minimize stress and cortisol levels.)

Men have ten times more testosterone than women, but it’s an important hormone for females as well. Testosterone has the same health benefits for women as it does for men, like weight loss, improved bone density, and greater sex life.

In fact, women with higher T levels have more positive sexual experiences and are more likely to achieve orgasm. Too much testosterone, though, can become a health concern for women. It can lead to “manly” features like deeper voice, hair growth on body and face, and hair loss from the head.

Did you know that kissing actually transfers small amounts of T from the man to the woman? This helps excite the woman in preparation for sex. So, yes, kissing is an important part of foreplay, helping to increase your partner’s sex drive!

Testosterone plays an important role in overall health and wellness—both inside and outside the bedroom. It’s linked to libido, muscle mass, mental clarity, cognitive ability, energy levels, and more.

Do you want to boost your testosterone, improve your health, and GET YOUR EDGE BACK?

Click below to get started on boosting your T levels for ULTIMATE health and MAXIMUM potential!

Phone-alt
Linkedin-in
Facebook-f
Instagram
Youtube
Twitter
Copyright © 2020 Gapin Institute | The information on our site does NOT intend to replace a one-on-one relationship with a qualified health care professional and is not intended as medical advice. Sitemap
Skip to content