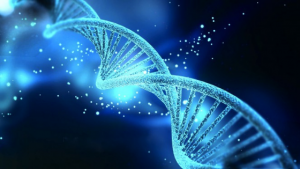 Are we predisposed to cancer, based on our DNA?

Or do our lifestyles and choices primarily determine our health?

For years, doctors debated this question in a “black or white” fashion: either disease is predetermined in DNA or disease is determined by lifestyle.

Recently, though, doctors determined that the answer falls somewhere in the gray area between both sides.

This is where epigenetics has stepped in to answer questions about disease and illness that have stumped scientists for decades.

There is an intimate link between disease, genetics, and lifestyle that can’t be ignored.

These epigenetics findings declare resoundingly: you are not a slave to your genes.

You can take control of your own health and wellness, which can enable you to fight off disease and cancer at its root.

Let’s explore how epigenetics plays a role in cancer—and what you can do about it. 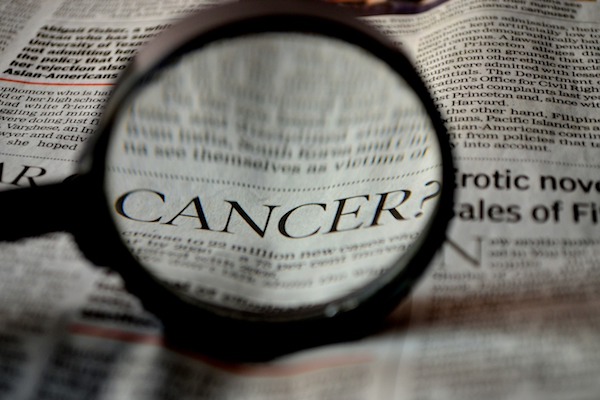 There are two primary epigenetic factors that impact the expression of your DNA sequence: DNA methylation and histone modifications. (There’s also RNA-associated silencing, which we won’t get into today.)

DNA methylation occurs when a methyl group is added to DNA. Usually, it’s added to a specific part of the DNA sequence: on a cytosine nucleotide next to a guanine nucleotide linked to a phosphate.

This is called the CpG site. Keep this in mind, as we’ll be discussing the impact of methyl groups at the CpG site in our discussions of cancer and disease below.

In some cases, this can be positive. For example, if you have a gene that puts you at high risk for disease, you would want it to be silenced with a methyl group.

However, you don’t want to silence genes that fight off disease or tumors. Silencing certain tumor-fighting genes is one of the key causes of cancer. 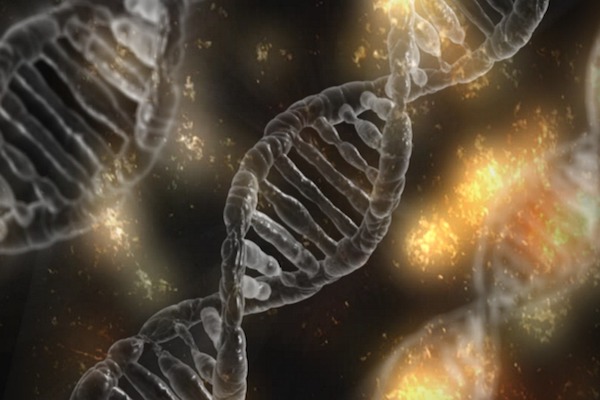 Histones are proteins that make up chromatin, which is the foundational component of DNA chromosomes. DNA wraps around histones, like thread around a spool. When these histones are modified, then the chromatin arrangement can be altered and misread.

There are two types of histone modification: acetylation and methylation.

When an acetyl is added to the histone (acetylation), it typically activates chromatin. Deacetylation, then, is associated with heterochromatin, which is a deactivated or suppressed expression of the gene.

Histone methylation also impacts the active and inactive regions of chromatin. For example, a methylation on lysine K9 with histone H3 is responsible for the inactivated X chromosome of females.

Any of these epigenetic factors, especially methylation, create abnormal activation or silencing of genes. This can put you at greater risk for cancer, disease, syndromes (especially chromosomal instabilities), and other serious illnesses.

So how do these epigenetic changes occur? What causes methylation or acetylation?

Environment and lifestyle dynamics have a direct impact on these epigenetic factors, which I’ll discuss further below.

How does epigenetics affect cancer? 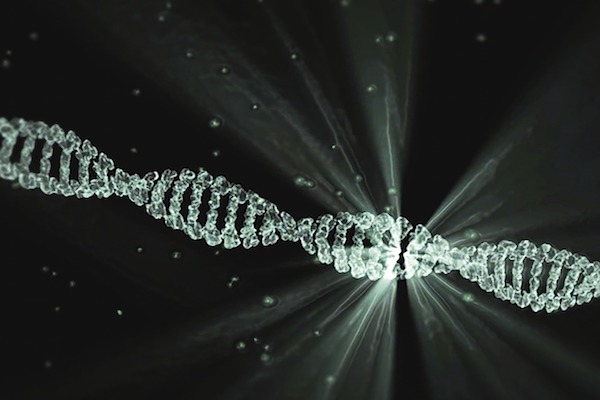 One of the most forceful diseases of our time is cancer. While there’s still so much we don’t know about the growth and treatment of cancer, there is one thing we know for sure: genetics and epigenetics play a significant role in the development and progression of cancer.

In fact, study after study has proven that there are links between certain types of cancers and certain epigenetic modifications.

All humans are programmed with certain genes. These genes are meant to keep us healthy and functioning.

For example, there’s a gene that helps fight off diseased cells (aka cancer cells). There’s another gene that suppresses tumor growth.

You want these healthy “fighter” genes to be active, so they can minimize your risk for cancer.

But if methylation or acetylation impacts these genes, then they can be deactivated. So if cancer strikes, your body is unable to fight off the diseased cells or spread of cancer. This then would leave you susceptible to cancer, which you may have otherwise been able to fight off had your healthy genes been activated.

Studies have even shown a proportional link between methylation levels and severity and prognosis of cancer.

For example, the GSTP1 gene is methylated in over 90% of prostate cancers.

An early study found that diseased tissue affected by colorectal cancer had less DNA methylation than normal tissue. This is because the methylated genes “turned off” or deactivated the tumor suppressor genes.

Methylation deactivates genes that are necessary to fight off cancer.

For example, hypermethylation in APC and RASSF1A genes are used as epigenetic markers for early detection of cancer, especially breast cancer.

Microsatellite instability is linked to a number of cancers, including colorectal, endometrial, ovarian, and gastric cancers.

Microsatellites are repetitive DNA, they have certain strands of DNA  that are repeated within the genome. They’re common in normal individuals without disease.

Instability of microsatellites, though, is linked to chromosomal instability. This upsets the genetic function, creating a dangerous mutation.

Microsatellite instability is a direct cause of DNA methylation, especially methylation of the gene MLH1, which is the gene that repairs DNA. If the gene is methylated, then it is unable to properly repair your DNA when it becomes damaged by disease and cancer.

Researchers have seen microsatellite instability in a number of cancers, even occurring in 15% of colorectal cancers.

How can I prevent cancer with epigenetics? 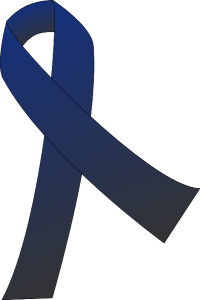 But just because you inherit certain genes does not direct the course of your fate.

In fact, nearly half of all inherited genes related to cancer can be impacted by methylation.

And methylation is not inherited. Methylation and other epigenetic factors are proven responses to environmental stimuli including diet, toxins, pollutants, and other stressors.

This means you can take control of your risk for cancer by directing your epigenetic expression.

In fact, some doctors have even started building cancer-fighting programs—like my EDGE Blueprint Consult—based on epigenetics as potential chemopreventative measures.

You can change your health with certain lifestyle and diet choices, many of which I go through below.

Folate or folic acid is a B vitamin (B-9) that plays an important role in cell growth and function. It’s actually the foundation of a number of prenatal vitamins as a means of reducing the risk of birth defects.

Folate can play an important role in gene expression and DNA integrity and stability. Studies have shown that folate can help modulate DNA methylation. On the other hand, a folate deficiency may cause DNA methylation.

Learn more about folate’s role in epigenetics in section 3.1 here. 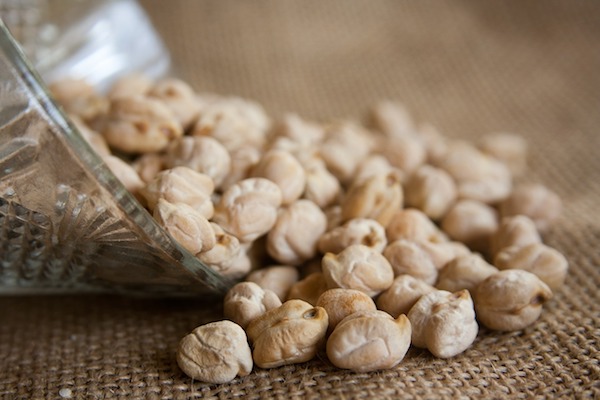 You can get folate through both diet and supplementation. You can find folate in:

You can also take folic acid vitamins. The recommended daily amount of folate is 400 micrograms (mcg).

Polyphenols are antioxidants, which help reduce the damage of cancer-causing free radicals. They help minimize cell damage and regulate methylation. There are four types of polyphenols: flavonoids, phenolic acids, benzoic acids, and stilbenes.

Green tea polyphenols have been shown to decrease the risk of colorectal cancer, pancreatic cancer, prostate cancer, and oesophageal cancer. It’s been shown to suppress methylation or demethylate TSG promoters, which helps protect against the spread of cancer.

Resveratrol has been shown to modify histone acetylation, as it works as a Silent Information Regulator 1 (SIRT1). It helps fight off cancer while maintaining the structural integrity of DNA. You can find resveratrol in blueberries, dark chocolate, red wine, peanuts, cranberries, and pistachios. 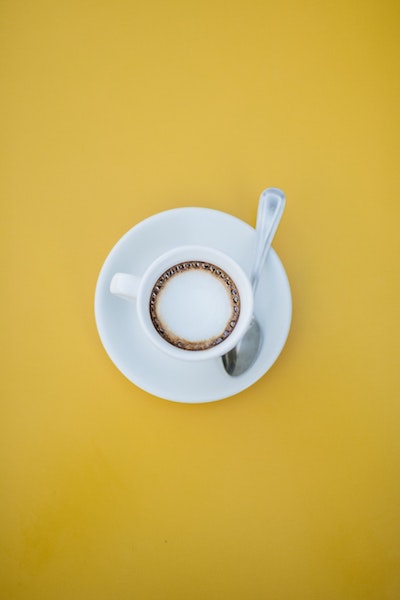 Caffeic acid is a type of polyphenol. It affects the bioavailability of SAM, which is a methyl donor (and required for methylation).

Some studies have shown that coffee consumption may be able to reduce the risk of cancer, especially progressive prostate cancer. In fact, one study found that coffee was a better regulator of methylation than even tea.

As with anything, though, you want to regulate your caffeine intake. A cup or two a day may help with methylation, but too much can have the opposite effect.

Sleep has a direct impact on epigenetic factors of methylation and histone acetylation. Learn more about the link between sleep and epigenetics here.

Sleep can literally help your body fight cancer. Tonight’s “all-nighter” could put you at risk for serious disease down the line. Get your Zs for optimal health.

Over 20 studies have found that heavy alcohol consumption creates epigenetic modifications that can lead to disease and cancer.

One study, in particular, found that low folate intake and high alcohol intake had a significantly greater prevalence of hypermethylation, which was especially linked to colorectal cancer.

This doesn’t mean you need to cut out alcohol altogether necessarily. A glass of red wine can give you a boost of resveratrol and heart-healthy benefits. As with coffee, it’s the excess of alcohol that can cause genetic concerns. Stick to one glass daily at maximum. 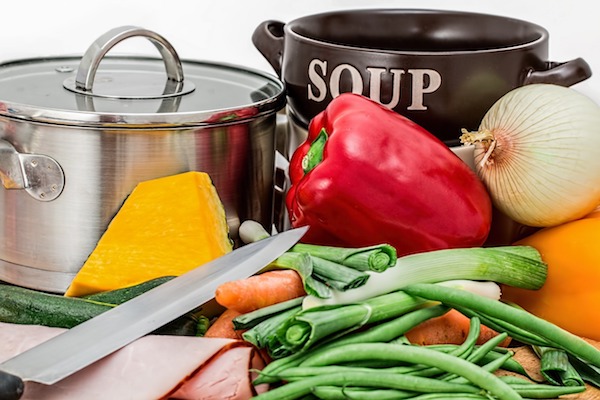 Like sleep, nutrition has a direct impact on your genetics. What you put into your body can be the strongest predictor of future health—especially in regards to cancer.

Eating phytonutrients and vitamins is the only way to fight against inflammation, oxidative damage, imbalanced hormones, and more.

Learn about the importance of a rainbow diet for your epigenetic health.

Stress is a proven cause of DNA methylation. The more stress you have, the more it impacts your genetic expression.

In fact, stress has even been linked to cancer—but until recently, the cause of this link was always fuzzy. Epigenetics might be the “missing link” in the DNA.

Stress creates harmful free radicals while also causing methylation that suppresses cancer-fighting genes. This creates a double whammy that can cause progression of cancer.

Find out about the link between stress, epigenetics, and cancer here.

Studies show that Vitamin D can reverse abnormal epigenetic modifications. Vitamin D has especially been linked to the development of breast cancer due to the role that vitamin D plays with estrogen.

Vitamin D is also linked to the development of prostate cancer. 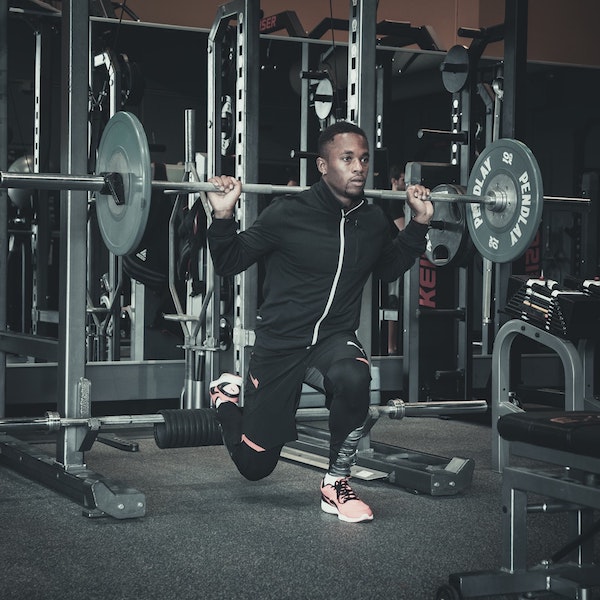 Working out directly impacts your genes. Studies have shown that intense workouts can eliminate methyl groups in just one session. Daily exercise regulates ongoing methylation at a greater rate than even diet or sleep.

This means that you may be able to reduce your risk of cancer with intense, frequent exercises.

If you want to have improved overall health and optimal epigenetic expression, you need an exercise routine.

Cancer is directly related to epigenetic expressions of your genes. But you can control this expression with lifestyle changes that minimize methylation and acetylation.

It’s time to sign up for The EDGE Blueprint Consult to start experiencing the health and vitality you’ve always dreamed of.

Disease doesn’t wait—so why are you?